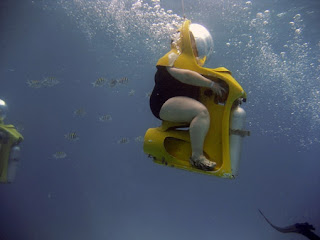 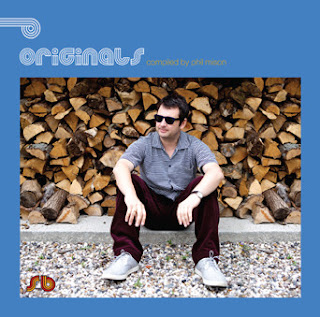 Volume 6 is due for release in the next week or so and i for one cannot wait! This one should be impressive from the Reverso 68 and Cantoma man Phil Mison.
Posted by Pete Goddfrey at 22:15 4 comments:
Labels: Claremont 56, Originals, Phil Mison 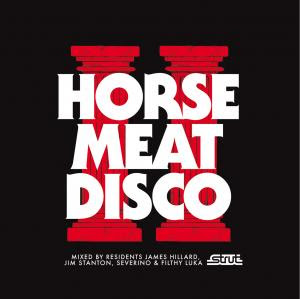 Horse Meat Disco return to Glasgow at the beginning of June for another debauched disco party at the legendary Melting Pot which coincides with their second mix release on Strut Records out on the 21st of June. The last party was awesome with James Hillard and Jim Stanton rocking that sweaty little basement to its foundations, so this one should be no different. The music they pluck from obscurity is a joy to be hold and I for one is looking forward to their second installment and also the mix cd forthcoming.

Until then here is a little taster from the mix. Enjoy 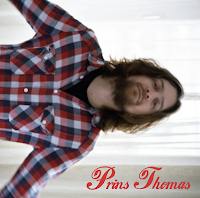 I'm a huge fan of Prins Thomas and was delighted to hear that his new self titled album was due for release next month. The album contains 7 tracks in total of kraut-rock, cosmic disco and was produced live at his studio in Oslo, containing brief guest appearances by Lindstrom and Todd Terje. The album should be released on the 29th of March on Thomas's own Full Pupp label. Amazing stuff as ever from this modern day genius and to wet your appetite here is one of the tracks "Wendy Not Walter". Enjoy 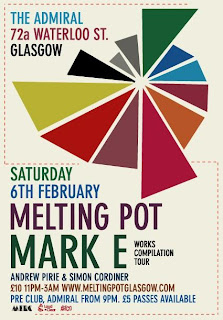 There's so much good music out these days it's so god damn hard to keep up with it all. I reckon though that the latest from Mark E on his very own Merc records titled "Works 2005 - 2009 : Selected Tracks & Edits" is going to be in my opinion in the top ten albums released this year, even though it was only released a few weeks back. Featuring some of his finest moments to date on one disc with the irresistible groove on the opener "Sun Shadow", his re-take on Don Rays "Body & Soul" on "Ray Gun" and surely worth the asking price alone for his take on Janet Jackson with the glorious "R N B Drunkie" which has been huge since its release on 12.
As If that ain't enough to wet your appetite then the man himself will be back gracing the decks again at the Melting Pot on sat the 6th of Feb. So...?, what you waiting for...??? 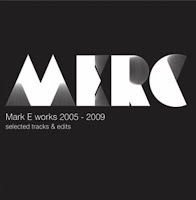 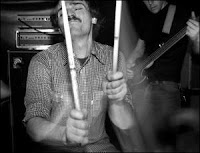 Last week DFA stable drummer Gerhardt "Jerry" Fuchs sadly lost his life in a tragic accident at a venue in Brooklyn N.Y.
I have always had a fascination with drums and drummers and believe Fuchs to have been one of the finest of the modern era.
He was a member of various groups such as Maserati, !!! (Chik Chik Chik),Turing Machine, Holy Ghost! and the amazing The Juan Maclean to name a few. This video captures the unbelievable talent that he was and was shot at the Double Door in Chicago on June 16th of this year. It's a 20 minute version of "Happy House" by The Juan Maclean and is utterly mesmerising.

The Juan MacLean - Happy House (Live @ The Double Door) from The Belmont Sessions on Vimeo.

Roll another at the campfire !

I must apologise with the lack of posts lately i've been rather busy and finding the time is difficult. Plus the fact i'm a lazy sod!
Anyway on with the show and first of all i'm really peeved that i didn't get the chance to go to the last couple of Melting Pot nights, not only missing Paul "Mudd" Murphy but also the super Mark Seven!!!
Next up and as always the MP crew have got another sterling line up featuring New Yorker Eric Duncan of Rub 'N' Tug, Birminghams man of the moment Mark E and Glasgows own JD Twitch of Optimo. This is sure to be one helluva party and one not to be missed. 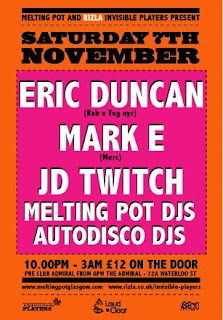 In the mean time here's Rub 'N' Tug's excellent Campfire mix out a couple of years back on Eskimo. Enjoy

Thanks to all who came out on friday, was a great night even though the weather was rotten.
The beginning of September will see two heavy weights in the disco scene coming together for a Melting Pot extravaganza.
The infamous Horse Meat Disco crew from London and The Melting Pot gang makes this look as though this is gonna be something special and if i'm back in time from having a jont around the balearics then its a night i wouldn't want to miss.

So in the meantime here is one from 1978 released on columbia records by Marilyn McCoo & Billy Davis Jr.

Sweet soulful disco just the way it should be... 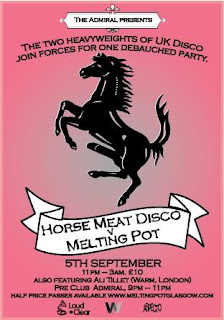 The last Kitchen sessions night went really well and seems most people rather enjoyed themselves. So we have another and this time it's on Friday 14th August so should be good. The night is still in its infancy but we've got a good feeling about it and it lets us play some sweaty house music all night long so that can't be a bad thing!! Right?? I'll hopefully be posting up some mixes soon so watch out for them. 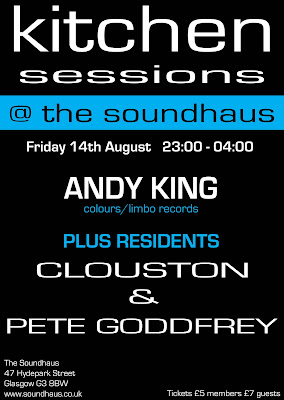 Firstly can i just say that the Melting pot night with Dimitri from Paris was outstanding. Al kent warmed us all up very nicely with his unbelievable taste in music and Dimitri truly delivered the goods. I really have to say this but i reckon the guys at Melting pot are putting on the best monthly nights in Glasgow. Although thats just my opinion.
Anyway i shall be at the controls with my good friend Clouston and Colours resident Michael Paterson @ The Soundhaus on the 13th june, so should be a blast and the music will be slanting in a house/techno tip. So without further to do here is a bit of self promotion. 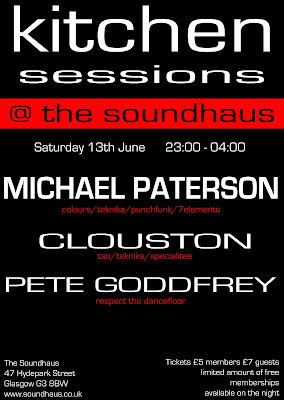 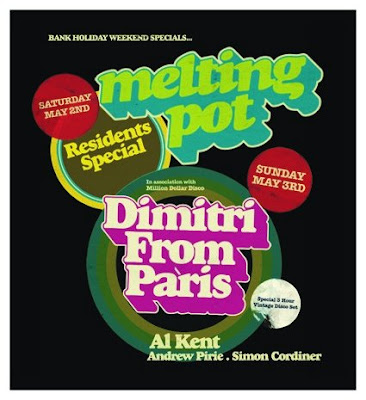 Wow!!! So looking forward to this tonight, a special 3 hour vintage disco set from the man himself...'Dimitri from Paris'.It's very rare these days that Dimitri gets to unleash a proper disco set so this should be a treat to us all. It just doesn't get much better and also with the sublime talents of the residents and 'Al Kent' from Million Dollar Disco this is sure to be one helluva bank holiday extravaganza.

So to get you in the mood here is a classic edit from the man himself. 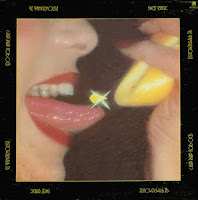 Taken from the album 'Sweet Dreams' which was released on US disco label AVI (American Variety International) Records in 1978. Le Pamplemousse were cult disco producers W.Michael Lewis and Laurin Rinder also famed for their work as El Coco who released some disco nuggets "Le Spank", "Gimme What You Got" and under their El Coco alias "Cocomotion", "Mondo Disco" and "Let's Get It Together". Here though your getting the low slung groover "Do You Have Any? (Ya Know Where I Can Get Some)" which was the last track on the first side. Ohhh, so so sweet...

Le Pamplemousse -Do You Have Any? (Ya Know Where I Can Get Some)
Posted by Pete Goddfrey at 20:56 1 comment:
Labels: Disco, Funk, Soul 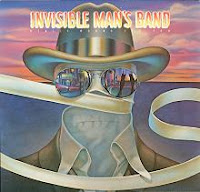 The Invisible Man's Band were the brainchild of Clarence Burke, brother of Keni Burke and originally a member of the Chicago family group The Stairsteps. Together with Alex Masucci, Clarence took the group to Island Records in the late 70's and enjoyed success on the UK soul scene with 'All Night Thing' in 1979.
The album 'Invisible Man's Band' followed the next year along with a follow-up single 'Love Can't Come / Love Has Come'.
The track was released by Island in 1980, but in 1981 they switched to the Boardwalk Entertainment label.The label was owned by Neil Bogart (with whom the group had worked with during their Five Stairsteps days).
Here the group released 'Really Wanna See You', again co-produced with Alex Masucci, containing the popular title track and the much sought after 'Along The Way'. 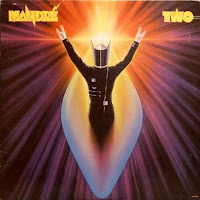 Mandré was the alter ego of Andre Lewis and from 1977 through to 1979 released three albums on Motown Records. These albums have became highly collectible so if you see them, then with no hesitation buy them. This track i'm posting is from the second album "Two" released in 1978 and is such a quirky little space funk disco cut. So without further to do open your heart and let some of Mandrés love into your life...

Welcome to my blog.

I wanted to start a blog to allow people to look and listen to the music that i have a passion for.Collecting music is rewarding and takes a long time so hopefully you will enjoy what appears here.Music posted is available for a short time and is for evaluation purposes only and is no way intended to infringe.If you like what you hear then support the artists who make the music and go out and buy.Please contact me if you would like anything removed.
Feedback would be most welcome. 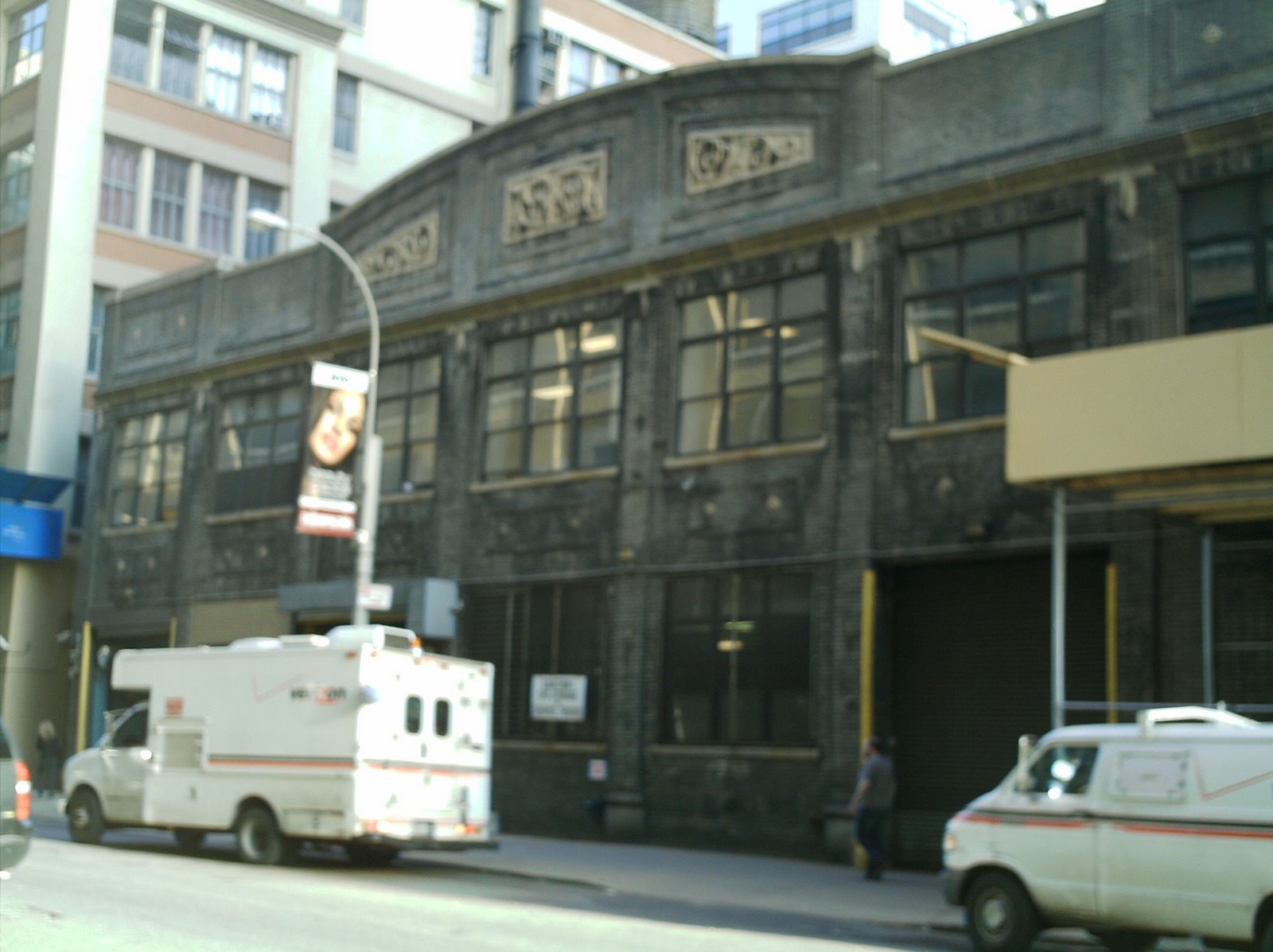 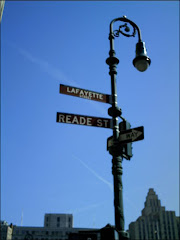 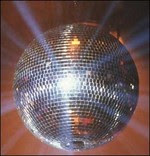